The week started with losses but the buying of Thursday and Friday wasn’t enough to claw back those losses. Buying volume was lighter than earlier selling so there are still doubts traders have the desire to push this to new (pre-Covid) highs.

The S&P does have some bullish markers to work with. Despite the lighter volume buying from Thursday and Friday, On-Balance-Volume is on a ‘buy’ signal as Stochastics [39,1] are in comfortable bullish territory. The index is outperforming the Russell 2000, but is lagging the Nasdaq. 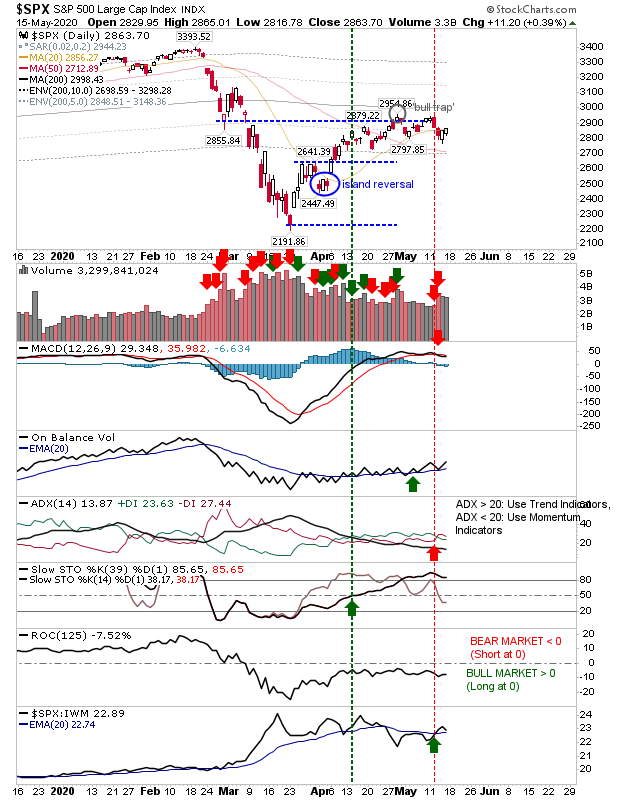 The Nasdaq has last week’s ‘bull trap’ to burn off. While it still has a MACD trigger ‘sell’ to reverse it does have a strong accumulation trend in On-Balance-Volume to reverse. The index is strongly outperforming both the S&P and the Russell 2000 and enjoyed confirmed accumulation on Friday – it’s the index most likely to attract continued buying. 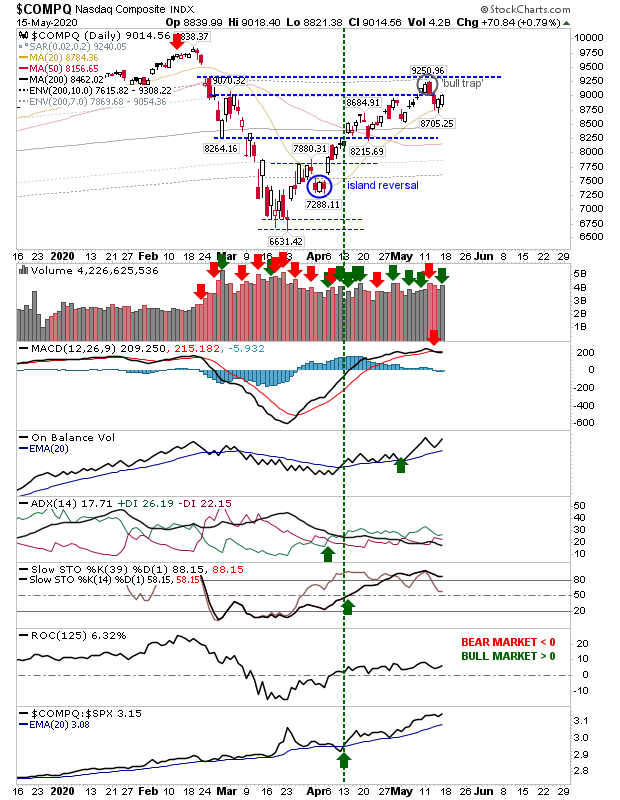 The Russell 2000 is lingering around prior breakout support after successfully defending its 50-day MA. However, it’s still well off its highs and is under-performing both the Nasdaq and S&P. Even its On-Balance-Volume trend – while rising – is struggling to sustain its rally. It’s hard to see either the Nasdaq or S&P getting past pre-Covid highs without the Russell 2000 been close behind – and the Russell 2000 is *miles* behind either of these indices. 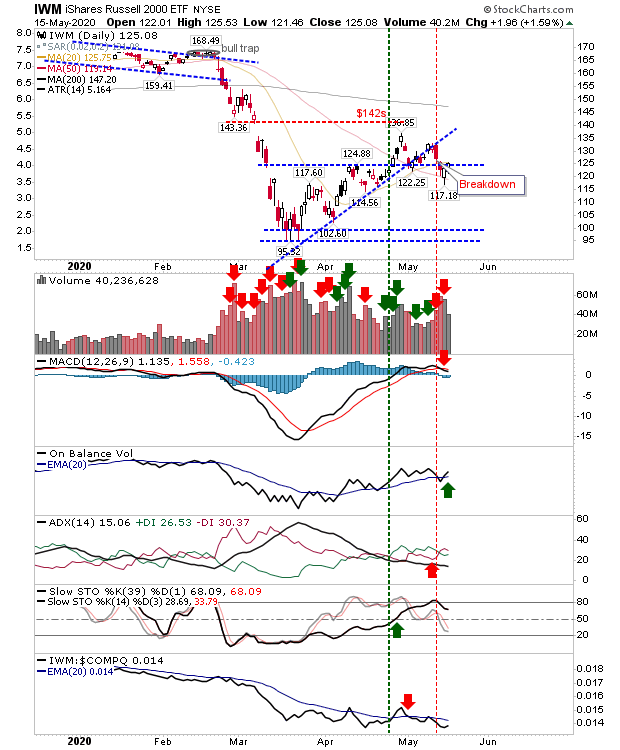 So, if buying continues its likely to flow into the Nasdaq and maybe rotate into the S&P. However, it’s likely to peter out at some point and if it’s not rotating into the Russell 2000 then it could be `good-bye`for the rally.

Strong finish on Friday for S&P and Nasdaq as Russell 2000 struggles.

Ethereum Could Reverse Losses If It Closes Above One Key Level

Buyers Keep The Pressure Up