The gap down at the start of the week is still the dominant pattern but today helped stabilize the losses. Indices did have support to work with, the Dow in particular is still trading inside its channel.

The Dow has been chugging along channel support with today’s buying registering as accumulation. The MACD is on a trigger ‘sell’ along with a ‘sell’ trigger in the ADX. 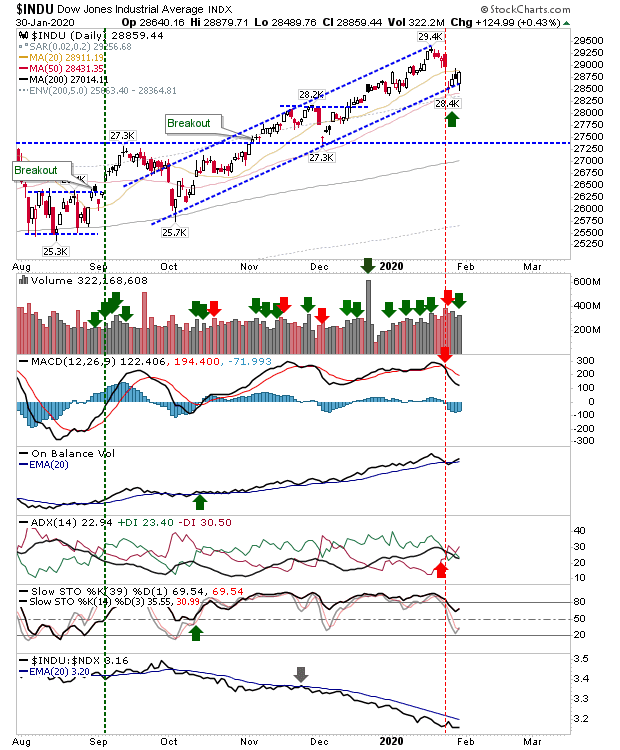 For the S&P I have redrawn channel support which places the index at support. Technicals are left with a MACD ‘sell’ and an ADX ‘sell’, but this is offset by excellent relative performance strength. 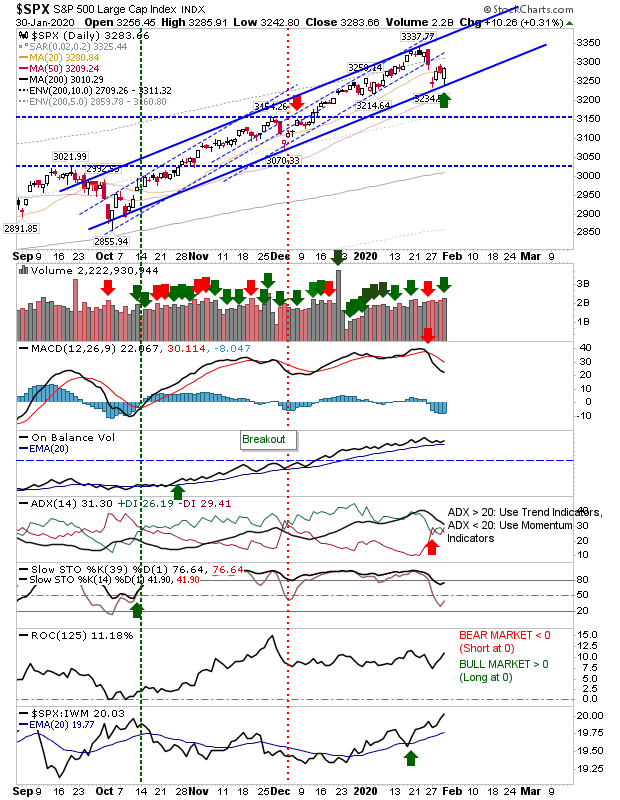 The Nasdaq is attempting a return inside the channel and has managed to get back to support. It only has a MACD trigger ‘sell’ to reverse as other technicals remain in bullish shape. 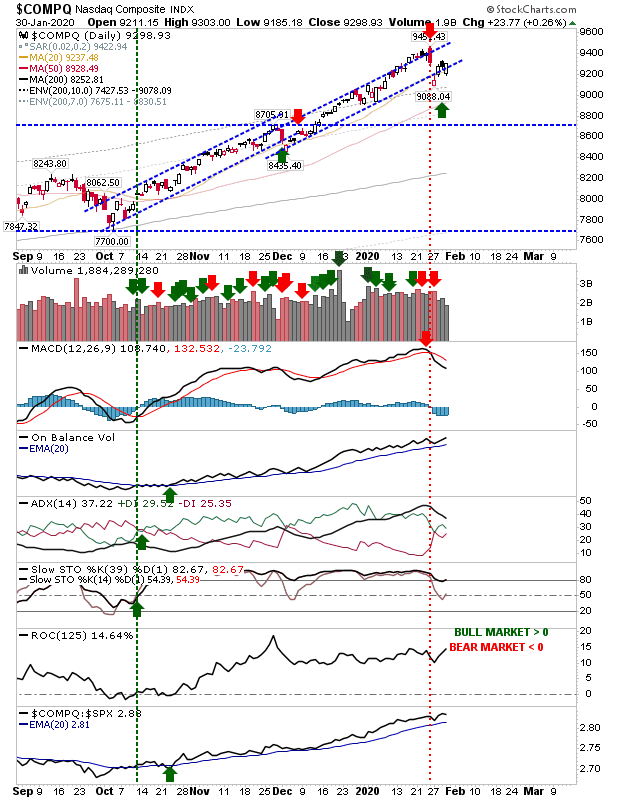 The Russell 2000 had returned to $162 support – which is also the position of the 50-day MA. Next major support is down at $157s, but should it get there it will probably have the 200-day MA to work with too. For now, a long risk:reward opportunity is available for $IWM stop below $161.70s 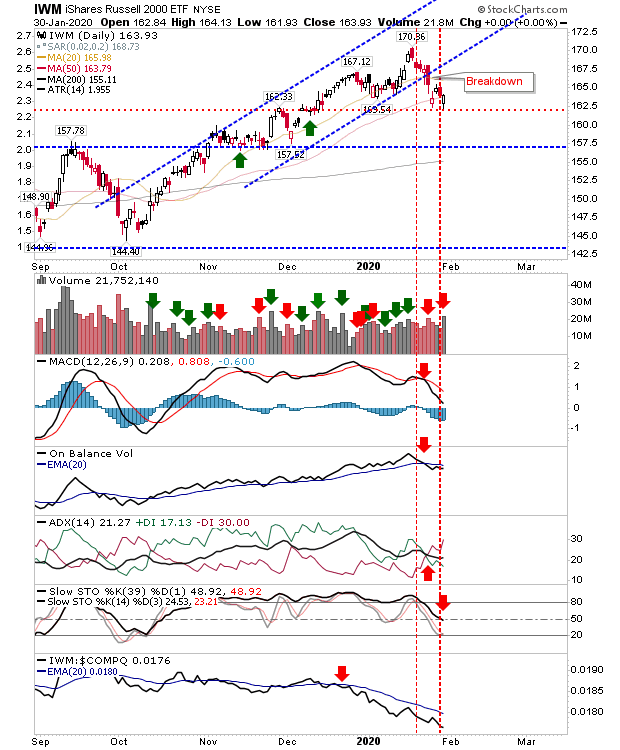 As a side note, Semiconductors had gone from an attempted breakout down to a test of the 50-day MA (which is just above channel support). Technically, there are ‘sell’ triggers for the MACD and CCI to go with a relative underperformance against the Nasdaq 100. 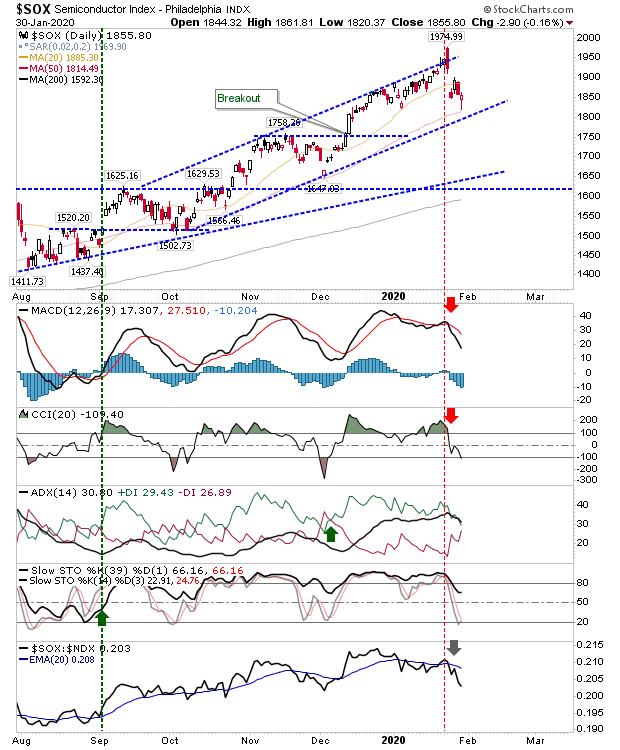 For tomorrow, buyers will want to push the advantage because a loss from here will return emphasis to the early week gap down and the bearish implications it brings. This start-of-year decline is not unusual, particularly after the decent rally which preceded it. Given it’s an election year, the expectation would be for the rally to continue, but more feasible is a return to a sideways trading range – perhaps lasting the year – which will be defined by the high/lows established over the next few weeks. Again, for the range to establish we will want to see an undercut of this week’s lows very soon.