> Home / Investment / ‘Party’ Drugs Lose Out Because Of COVID-19

‘Party’ Drugs Lose Out Because Of COVID-19

According to an open online survey with 40,000 participants from twelve countries, the use of party drugs like MDMA and also cocaine has decreased around the world as clubs and other events are on hiatus. 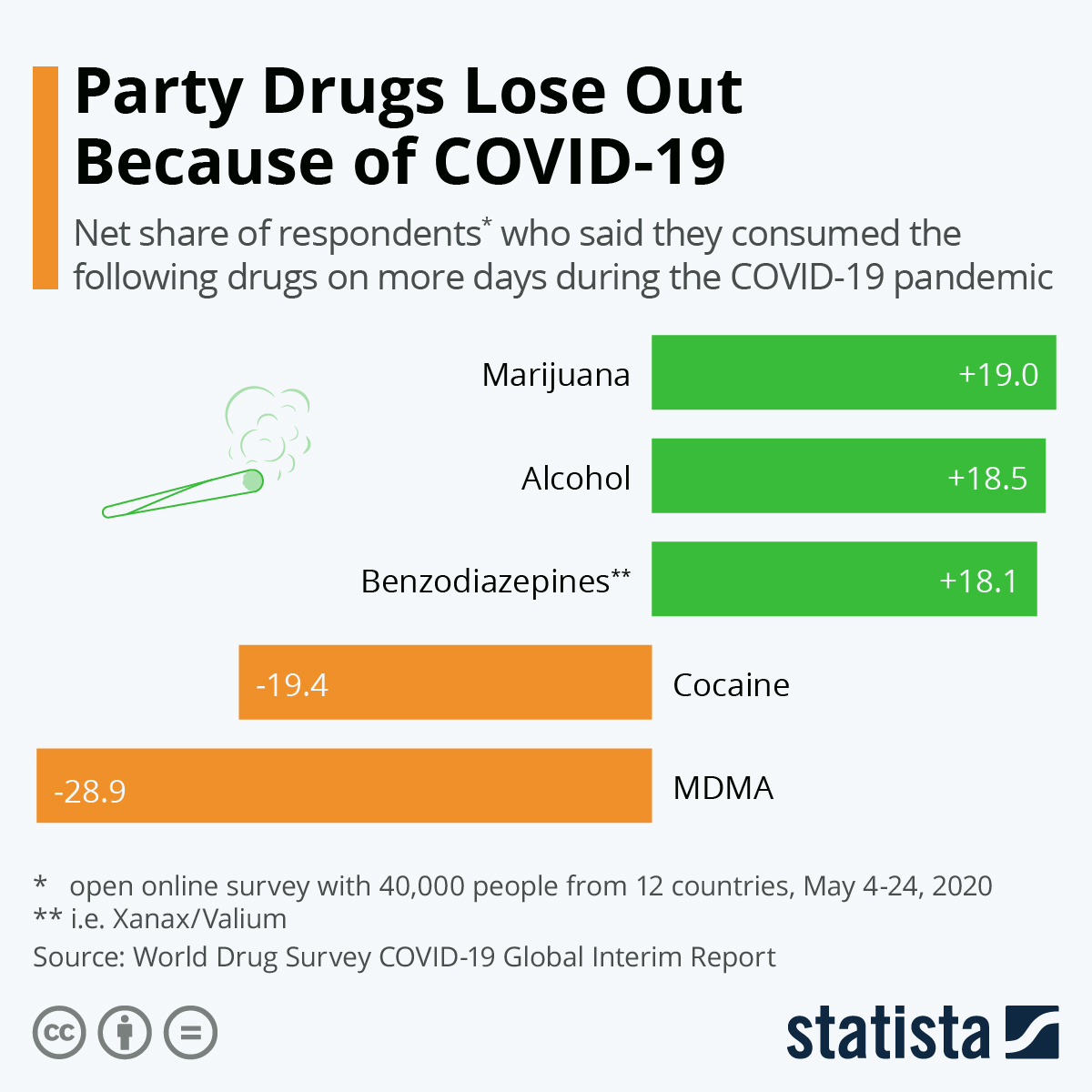 You will find more infographics at Statista

Out of the twelve countries included in the survey, around 22 percent of Irish people and around 21 percent of Brits and Kiwis said their alcohol consumption during COVID-19 had increased a lot – the highest in the survey. Ireland and New Zealand residents also admitted to binge drinking a lot more (15 and 14 percent said so, respectively), while 47 percent of UK residents indicated they had started to drink earlier than usual. The most common reasons respondents gave for the increase in alcohol consumption were “I have more time to drink” and “I am more bored”.

Marijuana use increased the most in Australia and the UK with 26 percent and 23 percent saying their consumption increased a lot. Among party drug users, Australian and French respondents were most likely to say their use of MDMA and cocaine decreased significantly.