The Russell 2000 manged both to finish the week with a breakout on the Friday and a breakout on the weekly chart. The only downside was the the lack of volume, although volume registered as accumulation on the daily chart. 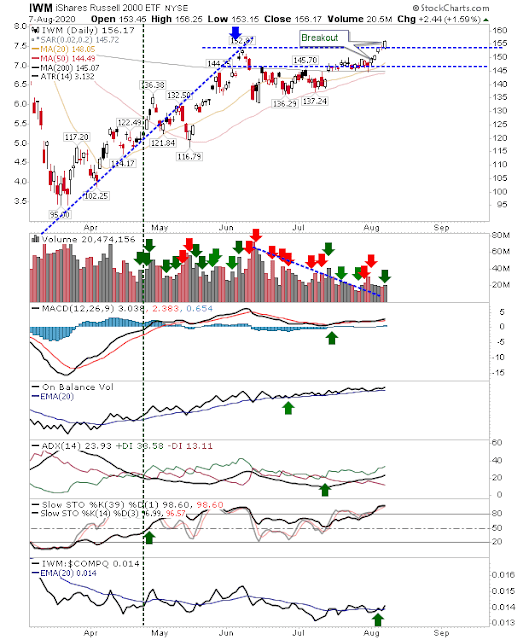 The good thing on the weekly time frame was the relative performance uptick against the S&P. 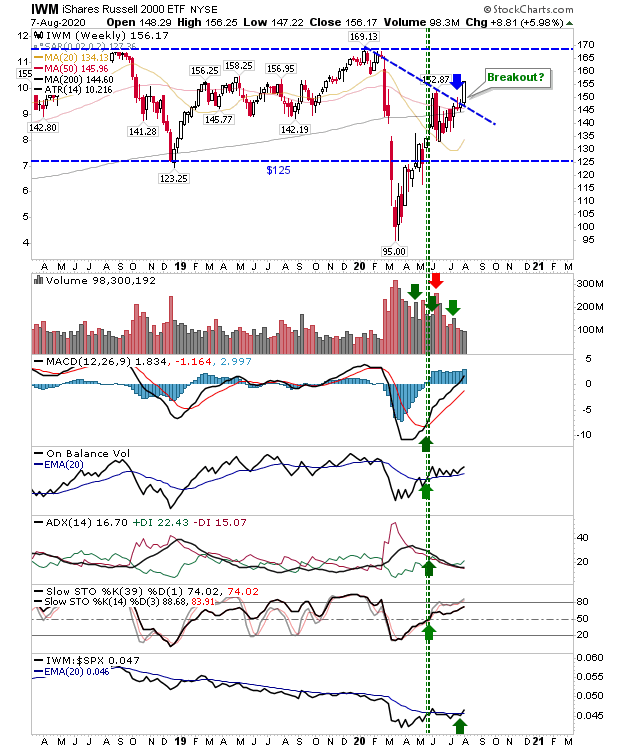 With the focus on Small Caps the potential bearish top in the Nasdaq is less important, but still needs to be watched should the breakouts in the Russell 2000 suffer a reversal. Friday’s small sell off did come on higher volume distribution with channel resistance a factor, but technicals are all net bullish. 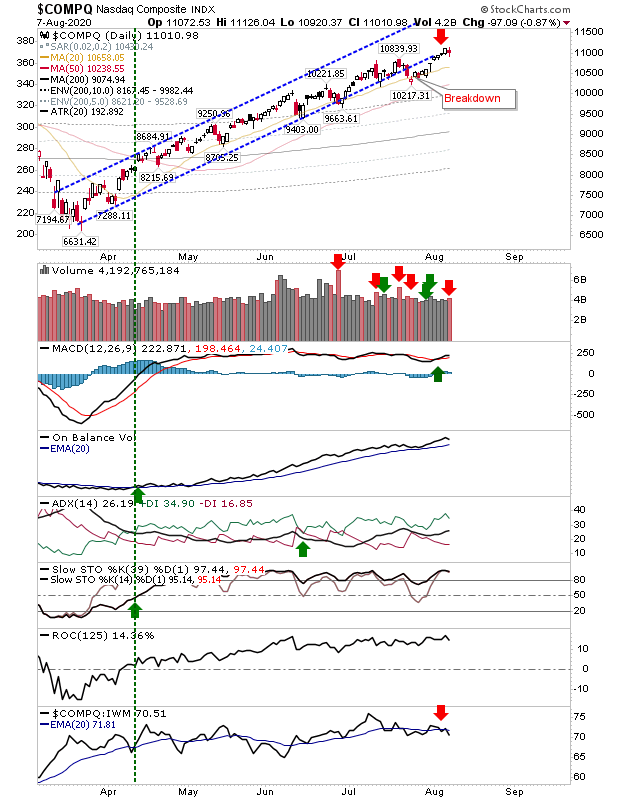 The S&P did very little on the day, but did finish the week higher as a series of small daily gains amounted to a respectable finish on a weekly time frame. On the weekly timeframe, it’s hard to see how this V-recovery can be maintained, but new all-time highs don’t kick in until 3,400 is breached so there is still a little room left before resistance is encountered. 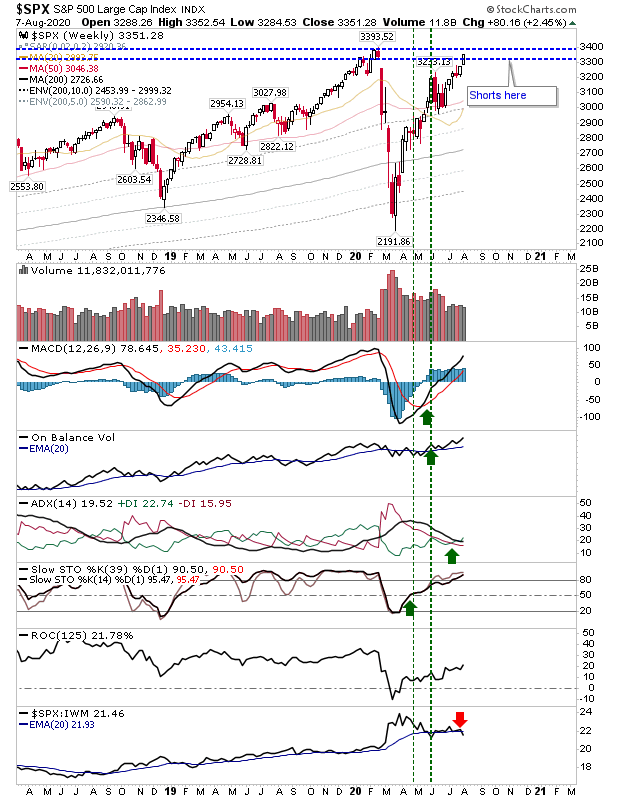 Next week, it will be about having the Russell 2000 maintaining its breakouts and building on them while looking to the previous market leader, the Nasdaq, to not reverse from its earlier channel break. The S&P is the laggard of the bunch and could still go either way but it’s not the decider index here.