No surprise to see profit takers make an appearance on heavy volume distribution. Despite the selling there was no real damage done to indices.

The Russell 2000 was closest to breakout support but today’s selling just managed to tag breakout support without violating the support level. There is a MACD trigger ‘sell’ to reverse along with a relative under-performance against the the S&P. 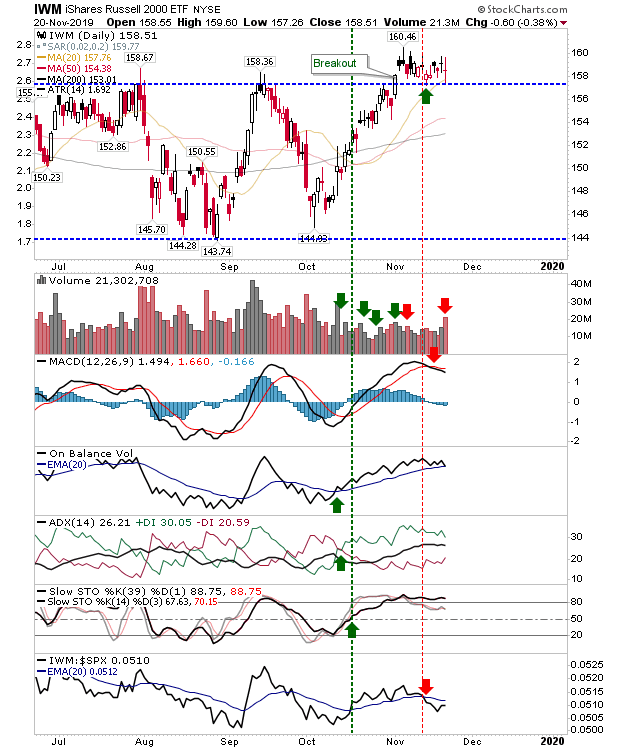 The selling in the S&P occurred well above breakout support and even the 20-day MA. Because of prior strength, technicals are still net positive. 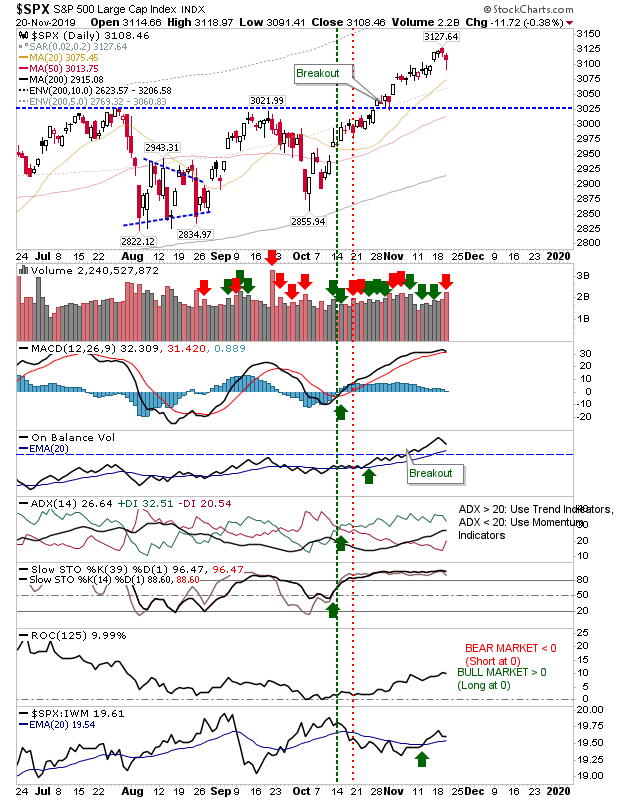 Likewise, the Nasdaq is in a similar position. Sellers can continue to take profits while maintaining these breakouts.