In the previous post here I insinuated that South Africa is relatively more mature market in all of Africa, and that, finding multi decade secular structural opportunities is not easy – or at least those structural stories exhibit cyclical patterns along with commodities.

A correction : South African exchange is one of the most expensive, I mentioned that MCAP / GDP for South Africa at 160% puts it at top expensive percentile. I was wrong, they are 2012 numbers.

However, I still believe that South African route can be more stable of the whole lot in terms of volatility.

SA economy has shrank in the past two years from 403 Billion USD to 350 Billion USD on account of mining slump.

Johannesburg Stock Exchange had 450 companies listed (Enough to keep me busy for next two months) I have had a scan of 50 companies and its not hard to find a few that are aggresive on expansion outside South Africa.

A software product company Adapt IT Holdings (astounding compounding @ 90% cagr in past five years) at 25 times earning and a few stalwarts in restaurant business like Famous Brands and Spur Corporation also around 20-25 times can offer multibagger returns. All having decent ROE (>25%), negligible or no debt, solid balance sheet and kicker of overseas expansion. More later….when I have scanned the rest of 400 businesses.. 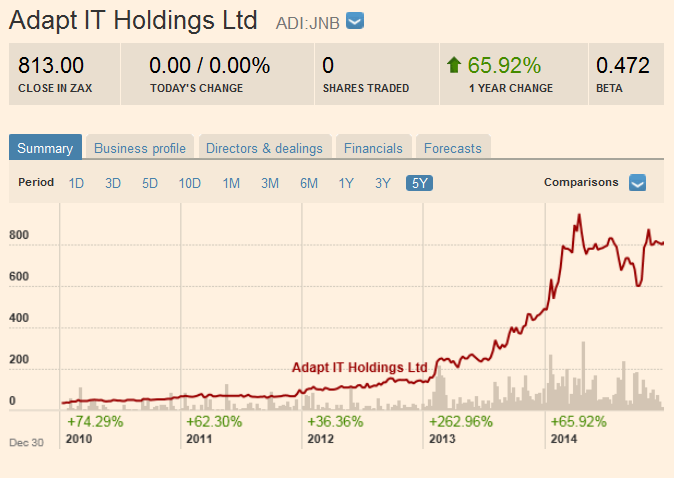 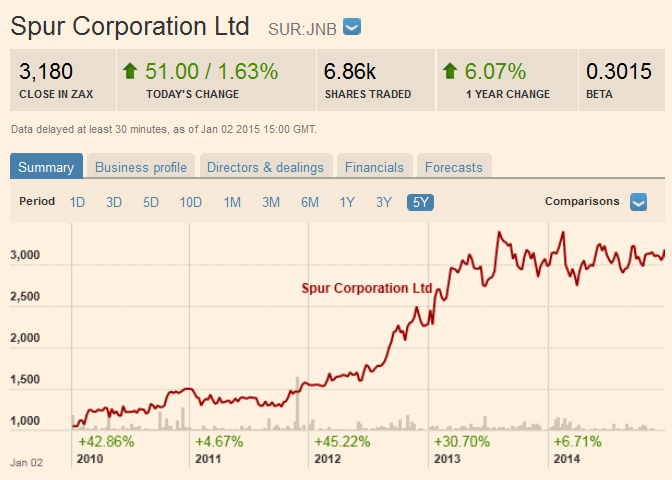 Disclosure: Invested in stocks discussed. Views are personal notions and do not represent any organisation or company. I am not an investment adviser. Investment in stock market can (and many a times do) result in loss of principal capital.
http://www.elevendimension-funds.com