Volume has eased since markets broke clear of resistance to new all-time highs. The S&P did enough to tag both breakout support and its 20-day MA as part of today’s correction. Technicals are all positive although +DI/-DI is on the verge of a bearish crossover. 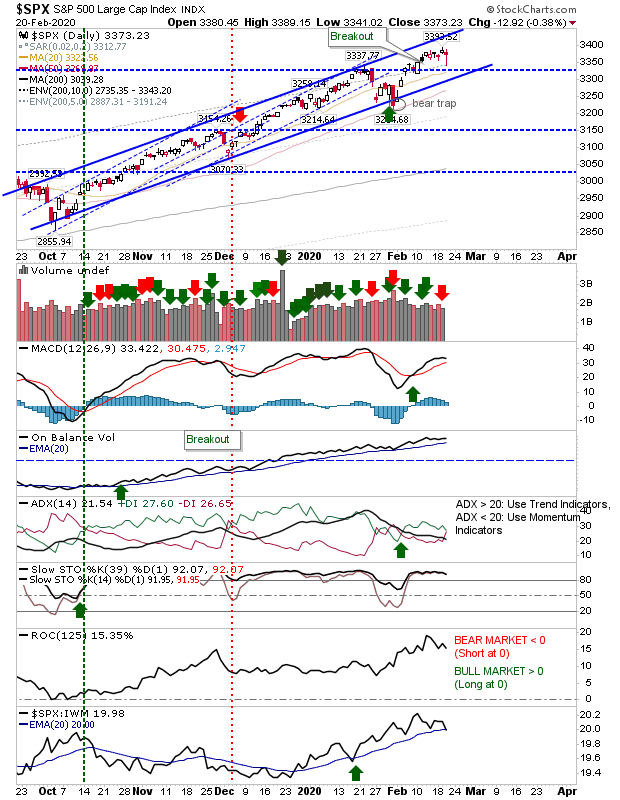 The Nasdaq posted a similar recovery as the S&P, without the vulnerability in its technicals. The index is trading well above its lead moving averages and is enjoying a corresponding acceleration in relative strength (to the S&P and Russell 2000). 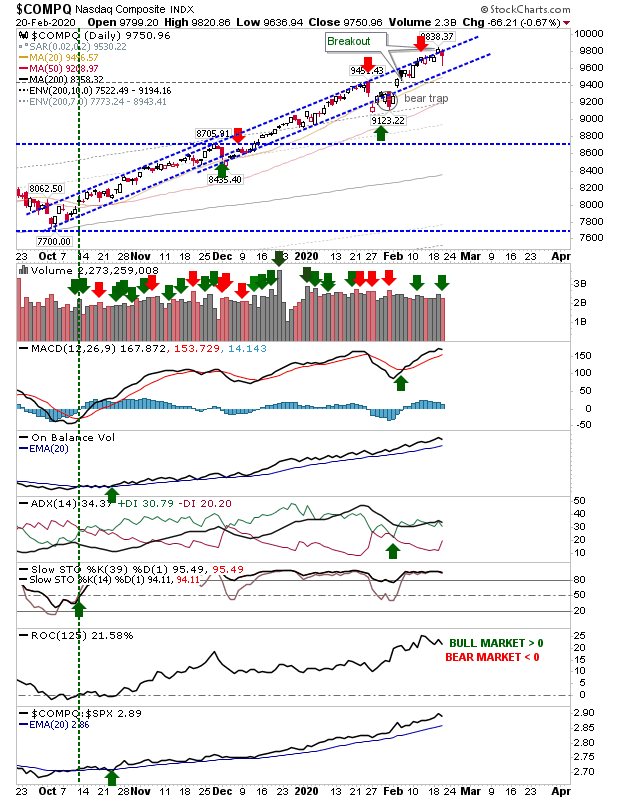 It was better stuff from the Russell 2000 as its midday recovery was enough to take the index towards a higher close. It has the benefit of converged 20-day and 50-day MAs to work as support – although it has yet to need them. The only downside is the extended underperformance against Tech stocks, although this may be changing. 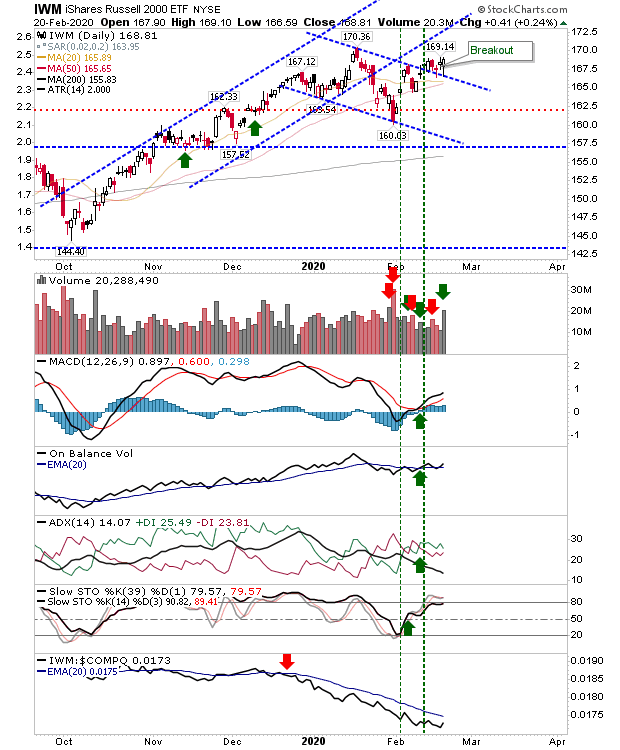 If there is an index showing weakness its the Dow Industrial Average. Like the S&P, it enjoyed the midday recovery – but in doing so it had dropped out of its channel having managed to recover from a ‘bear trap’ in the latter part of January. If there is an index to blink first it’s going to be this one. 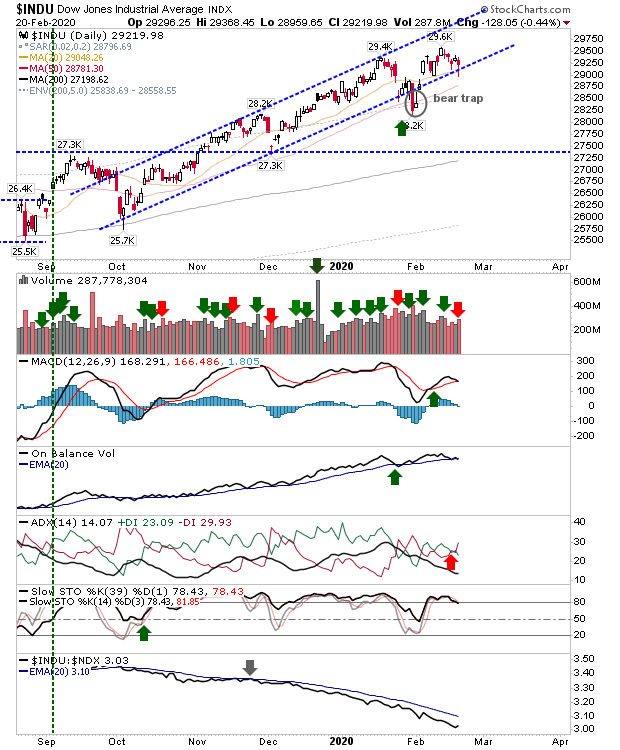 The breakout traders index could be the Semiconductor Index; it’s up against resistance of its double top, but one good day could be enough to deliver a breakout. 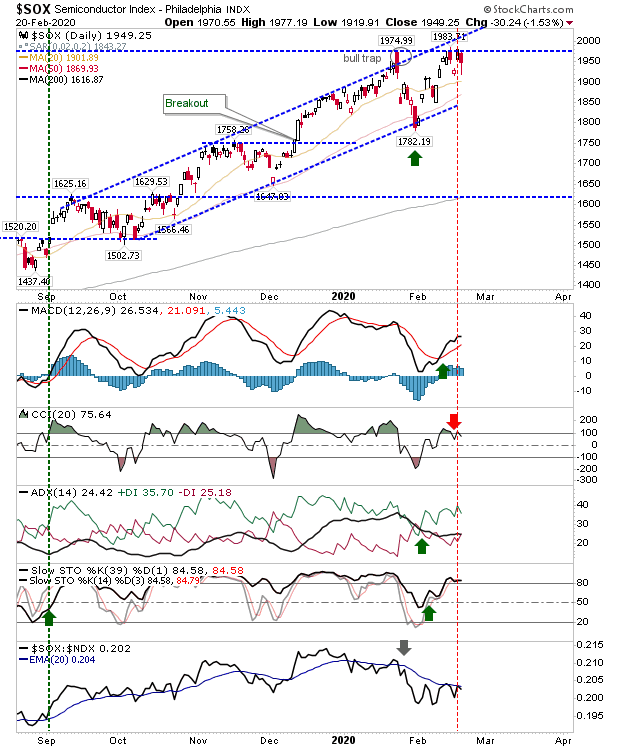 For tomorrow, watch for the breakout in the Semiconductor Index, but if markets struggle then the Dow Jones Industrial Average could be the first index to crack.