In many respects, today’s action was better than Friday’s in that effectively confirmed the strength of end of week buying from last week. For the case of the Nasdaq and S&P we had inside (doji) days. Ideally, the “bullish harami cross” occurs at a swing low, but what we have is something similar when considered in the context of the decline from March highs. It will soon be time to raise the stop of the index trades.

The Nasdaq is holding on to its breakout with the ‘buy’ triggers in the MACD and On-Balance-Volume retained. 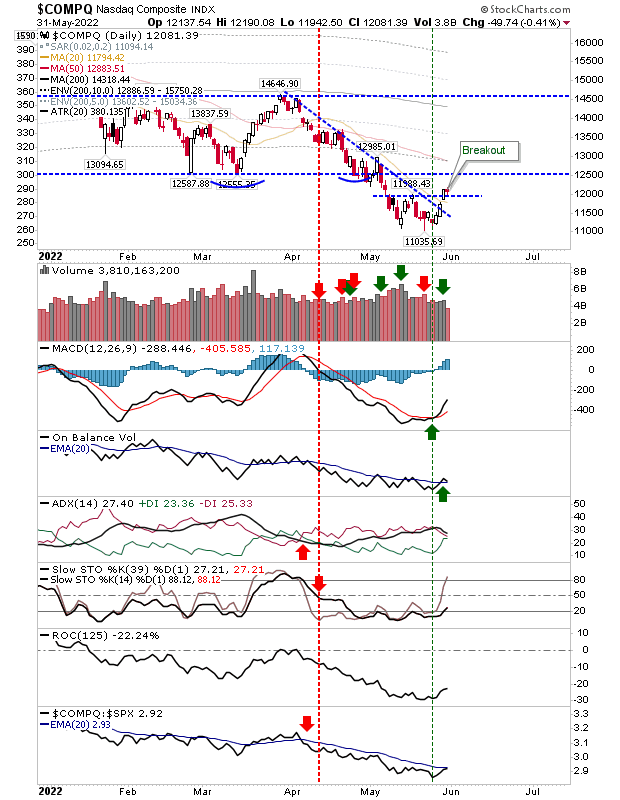 The S&P is up against declining resistance established by the March-April highs, with a challenge on resistance likely to occur before the week is out. The ‘buy’ triggers in ADX, MACD and On-Balance-Volume have so far been retained. Today’s volume ranked as distribution but the candlestick is more positive. 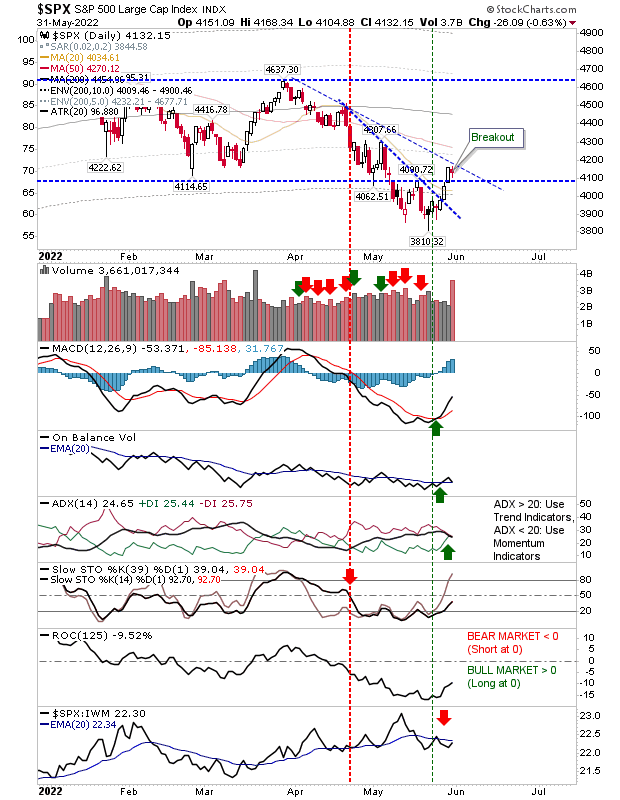 The Russell 2000 took the biggest hit of the day at just over 1%. However, this loss didn’t undercut the breakout and retained the ‘buy’ triggers in the MACD and On-Balance-Volume. Today’s volume ranked as distribution – but only just. I would be looking for more gains here, even if today’s candlestick was not the best one for this. Markets are set up for some upside follow through as rallies continue off lows. Another day of buying would really squeeze shorts who took up positions in the last couple of weeks. It would also attract buyers who are looking to time a bottom.

Get a 50% discount on my Stocktwits premium account with 14-day free trial. Use coupon code fallondpicks at Fallondpicks Premium to get the discount.

Bull Flags for Nasdaq and S&P

A last chance saloon for indices