While markets may be feeling the pinch of the gap fill from the swing low rally, we have a narrowing of the intraday range in an attempt to confirm support from the gaps.

In the case of the Nasdaq, we have the gap fill on declining volume which is a point of optimism that what we have is a valid swing low. Technicals are net negative and relative performance is not improving enough to suggest we may have a real swing low, but take things one step at a time. 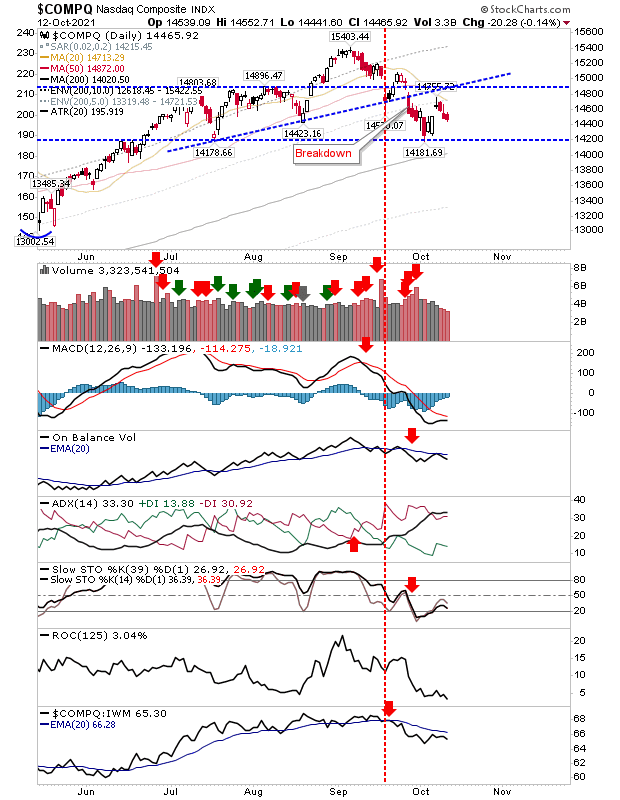 The S&P also closed with a similar fill of the gap from the swing low. Unlike the Nasdaq, volume did pick up as confirmed distribution on net bearish technicals. The downward trend is conforming to a channel, so watch for a breakout which would mark for an acceleration down or a return to the prior rally. 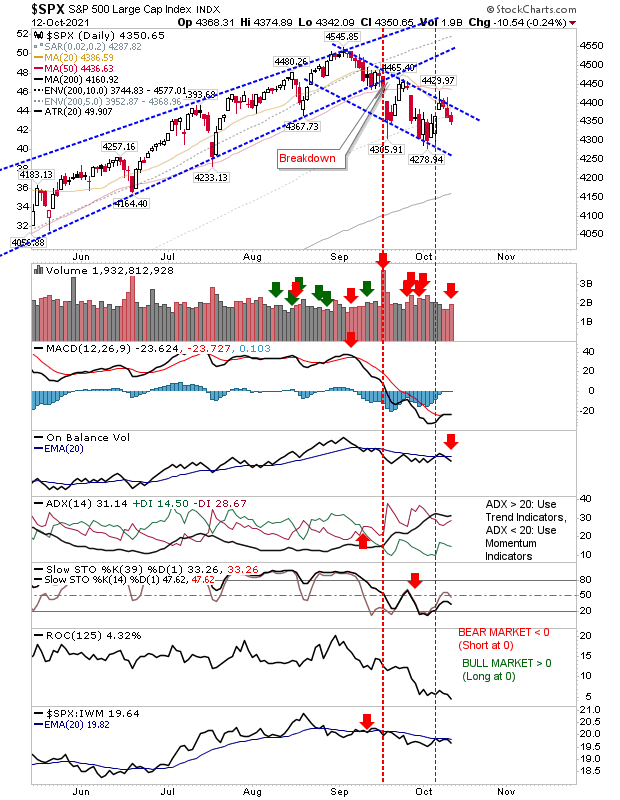 The Russell 2000 finds itself back at its 200-day MA. Trendless and so far immune to the headlines. Technicals are flat-lining. It’s best positioned for a bounce but the trading range makes it hard to offer any conviction. If there is to be a bounce then the gap closures are the best chance of one, along with a positive test of the 200-day MA for the Russell 2000. Large Caps and Techs are in need of a consolidation, although Small Caps have done more than enough of this. Can the Russell 2000 lead the other markets out in a new rally phase? Time will tell.