> Home / Equities & futures / Your doctors could be wrong too, mine were

Whilst I may be just a toddler when it comes to understanding the dynamic interactions of food on the body at biological and chemical levels compared to medical experts.
However, I believe I have hit upon a food related insight, after thoroughly investigating, successfully experimenting upon myself and post medical results before and after.
First
As you know the nature of diseases are more lifestyle related on this side of millennium, I am no exception. I had a bit of burning in stomach, the ingenious doctors gave me Omeprazone, Pantaprozole for over 1 year, which are acid suppressing drugs, a first line standard treatment for stomach burning. Later I self-diagnosed myself as having lactose intolerance. Lactose intolerance occurred after 35 years of age. I stopped milk but did not read ingredients of all food I would intake, when I stopped having bread with milk powder in it voila no burning in stomach since then. Lesson: find out your food allergies by a food allergy test.
Second
This one is really dangerous with blessing of both corporates, advertisements and medical community. Cholesterol Level.
My cholesterol level would increase year after year for the past four years in medical tests despite me refraining from even a single egg yolk, red meat, butter, coconut oil, saturated fat, fried food, potato chips, any oily and fatty food of any kind. Doctors really need to be shot for spreading misconception like this. And so do Nestle and other food companies.
My regular breakfast for the past two years every single day (except recent three months) was Oats/Porridge. I would have balanced diet in every respect and do moderate exercise. Have sufficient vegetables, lentils etc. Yet my cholesterol level refused to budge. One or two rotis a day. The only thing I was having in large quantity was oats breakfast, remember the ads told you it lowers cholesterol ! really ? Yeah right !
http://en.wikipedia.org/wiki/Uncle_Tobys 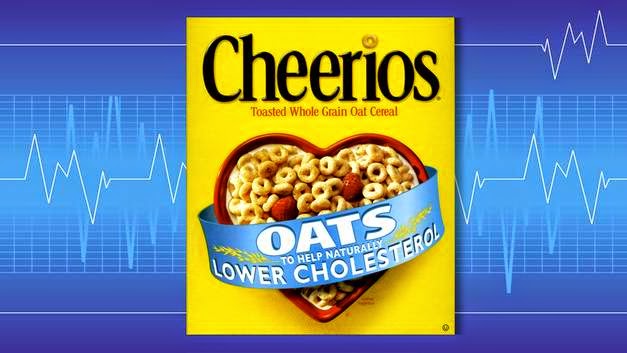 My brother is a food nut since last year and he suggested me to look for Paleo Diet (Caveman diet) and whole foods. Basically a diet than man was eating 10 million years back.
http://en.wikipedia.org/wiki/Paleolithic_diet
I realised the culprit to be medical community and widespread misconception. On every supermarket aisle you would read Yogurt to be 99% fat free as if fat is the culprit. Low Fat diet is recommended by doctors and nurses – really unprofessional and ignorant of them.
Over the past three months I tried a diet full of fats but low in carbohydrates. Lots of eggs including egg yolks, any kind of meat, red, white, fish, chicken, huge amount of nuts, almonds, walnuts, brasil nuts, pumpkin seeds etc, high fat greek yogurt, high fat cheese, cottage cheese, paneer, high fat coconut oil, butter. Omelette dripping in olive oil, Avocado – very rich in fat, sufficient vegetables and some fruits. I stopped eating four things, brought bread, sugar, roti, oats intake to Zero. Anything to do with carbohydrates.
Result – fantastic.
Conclusion: I can guarantee if you take oats three times a day, you’ll be close to cardiac arrest in six months. You may also be a dead man if you eat lots of fatty food with lots of carbohydrates. If you are allowed to eat proteins and fat, thats the right way to go. Atleast it worked for me. Link to one such Paleo Diet and Blog. This is likely to work for 90% people without other heart or medical conditions.
https://www.bulletproofexec.com/wp-content/uploads/2014/06/BPDRMrast-06112014.55436.pdf
http://www.marksdailyapple.com/

Medical Community can’t make up its mind
The Framingham Study has investigated the effect of host and environmental factors on the development of coronary heart disease since 1949. Serum cholesterol level was determined to the one of the risk factors for coronary heart disease. The nutrient intake, in a subsample of the study population, was determined in 1957. A review of this material has permitted an estimate of egg consumption on each of 912 subjects. The serum cholesterol distribution curves of the subjects according to tertile of egg intake were almost identical, and no relationship between egg intake and coronary heart disease incidence was found. It is concluded that within the range of egg intake of this population differences in egg consumption were unrelated to blood cholesterol level or to coronary heart disease incidence.
Source: http://www.ncbi.nlm.nih.gov/pubmed/7124663
A widespread misconception has been developing among the Canadian public and among physicians. It is increasingly believed that consumption of dietary cholesterol and egg yolks is harmless. There are good reasons for long- standing recommendations that dietary cholesterol should be limited to less than 200 mg/day; a single large egg yolk contains approximately 275 mg of cholesterol (more than a day’s worth of cholesterol). Although some studies showed no harm from consumption of eggs in healthy people, this outcome may have been due to lack of power to detect clinically relevant increases in a low-risk population. Moreover, the same studies showed that among participants who became diabetic during observation, consumption of one egg a day doubled their risk compared with less than one egg a week. Diet is not just about fasting cholesterol; it is mainly about the postprandial effects of cholesterol, saturated fats, oxidative stress and inflammation. A misplaced focus on fasting lipids obscures three key issues. Dietary cholesterol increases the susceptibility of low-density lipoprotein to oxidation, increases postprandial lipemia and potentiates the adverse effects of dietary saturated fat. Dietary cholesterol, including egg yolks, is harmful to the arteries. Patients at risk of cardiovascular disease should limit their intake of cholesterol. Stopping the consumption of egg yolks after a stroke or myocardial infarction would be like quitting smoking after a diagnosis of lung cancer: a necessary action, but late. The evidence presented in the current review suggests that the widespread perception among the public and health care professionals that dietary cholesterol is benign is misplaced, and that improved education is needed to correct this misconception.
Source: http://www.ncbi.nlm.nih.gov/pubmed/21076725
You Brain needs Cholesterol

Cholesterol is vitally important for brain function. While your brain represents about 2-3% of your total body weight, 25% of the cholesterol in your body is found in your brain

In fact, in a recent study available on the NIH Public Access site, researchers showed that in the elderly, the best memory function was observed in those with the highest levels of cholesterol. Low cholesterol is associated with an increased risk for depression and even death.

If you are a non-vegetarian, you can say, “Three eggs a day (with yolks) keeps doctor away”
Hope to compound money longer now!

Investing
I am trying to work around the Custodians for international investing. While you get great benefits and services of automatic dividend collection, multi-currency, multi-exchange investing in a single nominee account, 2008 like debacle prevents me to go all-in with that option. The dematerialised shares really need to be in your name.
Hence, I have spent nearly 100+ hours in the past three weeks to get all the central depository accounts opened in all countries, Bangladesh, Nigeria, Kenya, Sri Lanka. Like NSDL and CSDL of India. Mostly admin work, less research.
The companies I am investing in are the ones which do not have the need to be listed, or need funds to come to capital markets, but are because of some legal requirement. In Nigeria, the bear market and gloomy headlines continue to thrill me, not because of bloodshed but value price discrepancy. If Nigeria does make a comeback in next 10 years, stocks are likely to be 30-50 times higher than their current market cap. Risk is short term underperformance. Bangladesh and Kenya are the strongest markets for value investors for 2015 with expectation of even short term returns unlike Nigeria.
Disclosure: Invested in countries mentioned. Views are personal notions and do not represent any organisation or company. I am not an investment adviser. Investment in stock market can (and many a times do) result in loss of principal capital.

Millennials may not be able to afford retirement essentials